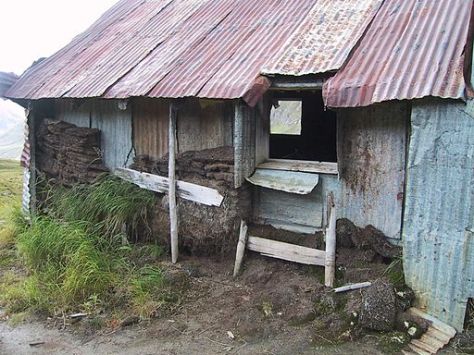 Wow, when did THAT happen??

So, I admit, I’ve neglected things here of late. And yes, my house does kind of look like that picture at the moment. But you know something? I don’t care. I don’t care, because I have now finished the main draft on a book I’ve been waiting nearly twenty years to write.

I had my doubts about whether I could get my mind from its current place back to the entirely fictional world I had created all those years ago. It had been such a unique experience, (more about that in later posts) one that I sometimes called channeling, because it was the only way I could explain how that first book came to me. Would that they were all so clear and sharp and quick!

In this case, I wasn’t just starting with a blank, earthbound landscape like this: 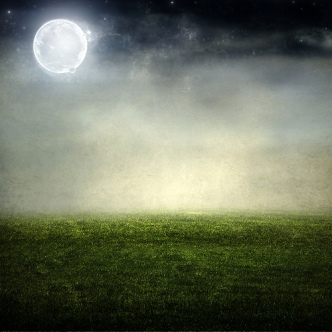 Hmm, that’s quite a moon there. Picture fits better than I thought!

No, I had to get my head not just back in the clouds, but back into space. Into the proverbial galaxy far, far away. And frankly, it had been so long I didn’t know if I could do it. At least, not with the completeness this particular book would demand. Because this was one of two books that readers have been asking me for for all of those two decades. And I take that very seriously. That people would remember so clearly, for so long, and bother to write me and ask, even beg me to revisit this place, was so incredibly moving and inspiring. But the stars (pardon the phrase) seemed to conspire against it. Until now.

So I re-read the original two books that led to this. I loved them as much as I always had. This was a good sign. And it got me here, about halfway there: 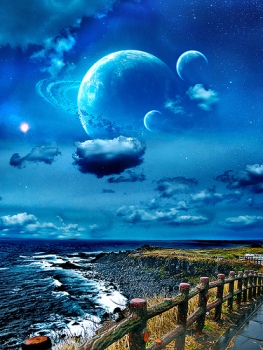 I can see it, I just have to get there!

But I needed to be out there, no longer earthbound. And the only way to do that was to jump in. And find out once and for all if this was going to work. So…I took the leap. And to my thankful surprise, the story took off like a runaway one of these: 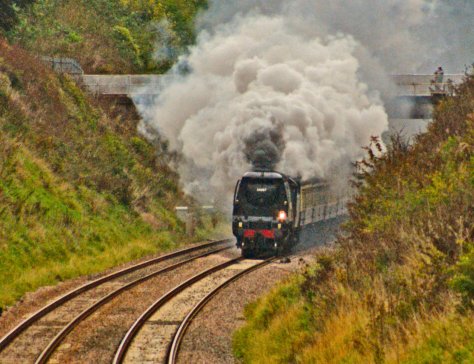 Whoa, this thing is going FAST!

It was going so fast, I couldn’t help thinking that trains that go too fast often end up like this: 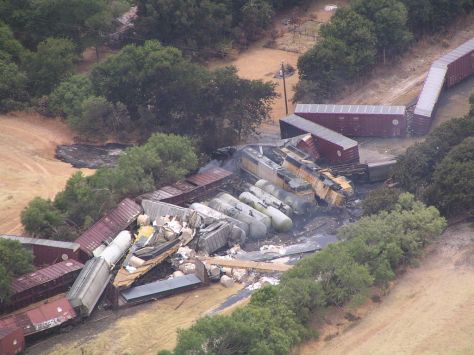 But I was having too much fun to worry about it, and before long, I was so completely in this Other Place that it was hard to come back to reality. Old and new (and boy was one of those a pleasant surprise!) friends, old and new enemies, I lived in their world(s) and loved it for 125,000 words. 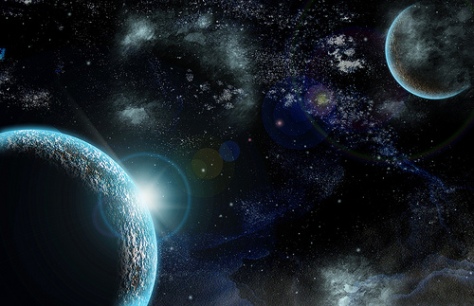 It’s as much fun as ever!

It’s nice to know I still have a “big book” or two left in me. That part of my career got derailed (again, pardon the phrase) a while back, but it’s back on the tracks (oh, dear, there I go again) now. And thanks to a great new publisher (Bell Bridge Books, more about them later, too) this story people have asked for for all these years will finally be done.

And leading up to that day, Bell Bridge will be releasing in both print and as ebooks the two books that led me to this one, LORD OF THE STORM and THE SKYPIRATE, beginning this June.

I hope you’ll join me on this adventure!

20 thoughts on “Twenty years in the making”