Webster makes it sound so easy….

Redeemable. That’s a big word in fiction writing. When you create a character, sometimes you don’t want them redeemable. You want a villain so evil people stand up and cheer at their fate, a la Dolores Umbridge. (Sorry, I wanted that woman to die more than I wanted Voldemort dead!) Sometimes you want people to understand why they are the way they are, to perhaps feel a twinge of understanding. Sometimes you want the character to be puzzling, so readers can’t quite decide if they’re completely evil or not.

All of this, of course, presupposes you have A Plan. 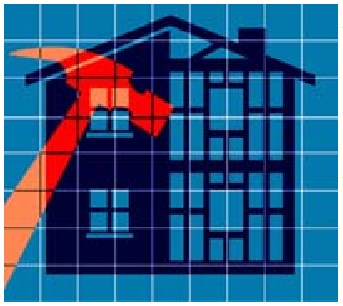 See how nicely it all comes together when you have a plan?

But life–and writing–being what they are, sometimes things just happen. Like an editor buying what you assumed would be a standalone book, and then, when it’s too late to change anything, asking for a spinoff. And realizing that only one secondary character truly stood out enough to be the main character in said spinoff. And that character just happens to be…well, darn near irredeemable. As in one of Those. Yes, she’s a b*tch.

Dogs are for the most part nicer than people anyway, right?

And I don’t mean this kind, loving, loveable, and generally sweet. No, this female, unlike the one above, hasn’t got a nurturing bone in her body. But at the time I’m young, still a newbie, and foolish. I think I can do anything. I mean, how hard can it be to turn somebody around, right? I’m the writer, in that world I created I’m God, I invented her, didn’t I? Besides, the heroine of the first book, who was absolutely heroine material, had been friends with her once. So there had to be something good about her, didn’t there? I only had to find it. So, I set myself to the task. And how did it go? Kind of like this: 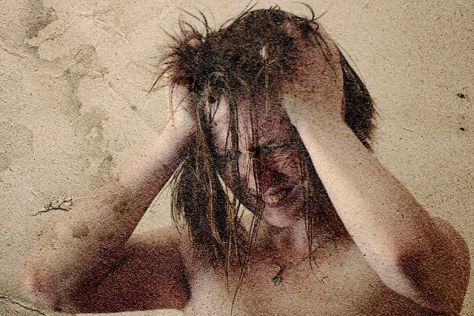 Whose idea WAS this, anyway???

It wasn’t long before I was pacing the floor, yelling at myself for being an idiot. Why on earth–or any of the worlds I was writing about–had I ever thought I could save this woman? What had possessed me to choose her as a heroine? How on earth was I going to make this woman in the least heroic, let alone loveable?

I finally realized there was only one way to do this. I had to go back to the bones. I had to tear this woman down and try to rebuild her into something heroic. And I had to do it so thoroughly that readers would believe that it was possible for this woman to achieve that redemption. Had I realized what I was letting myself in for, I probably would have rethought it. But as I said, I was young and foolish and probably a bit cocky thanks to landing on the fast track my first published year and having sold a ridiculous number of books quickly. Ha. That’ll learn me, as my uncle used to say.

So I began. And for a long time my life felt like this:

Wait, where does that stick go again?

And nearly 600 manuscript pages later, it was done. Whether I succeeded is not really up to me. Whatever I think, it is the reader who ultimately decides. Although I will happily accept the assessment of reviewer extraordinaire I mentioned in the last post, Melinda Helfer, who gave SKYPIRATE that rarest of accolades, one that has since been retired–an actual 5-star review in RT Magazine. The book also won a Reviewer’s Choice award, a Reader’s Voice award, and along with its predecessor, LORD OF THE STORM, was on the RT top 200 of all time list. So I guess maybe I did succeed. But I swear I will never try that again. Next b*tch I write stays one.

Heroes, on the other hand…..

LORD OF THE STORM and SKYPIRATE, re-released and available now in both e-book and print! Links on the book page, here: http://justinedavis.com/booklist.html